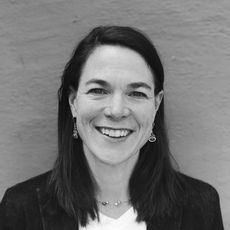 I am an ecosystem scientist who works at the interface of ecology, earth system science, and hydrology studying the processes shaping ecosystems and their responses to anthropogenic changes. From this foundation, I tackle the challenges and complexities of sustainability and global change science. My primary research interests include 1) understanding the hydrologic and biogeochemical processes shaping watershed ecosystems, 2) studying the ways in which land use and other human-caused changes are altering these processes in both terrestrial and aquatic ecosystems and across these traditional disciplinary boundaries, and 3) integrating social processes and other human dimensions into watershed and ecosystem management.

In general, my research focuses on improving our understanding of how natural ecosystems function and respond to disturbances, with particular attention to the balance and transfer of carbon and nutrients. My past research involvements span a wide range of topics, including wildfire effects on stream water and erosion, the effects of forest managements practices on invasive species and soil health, impacts of tree mortality (e.g. from fire, beetle kill, etc.) on soil nutrients and forest recovery, and the potential mechanisms which control soil carbon sequestration. In general, I enjoy conducting research which spans disciplines and scales, allowing us to gain a more complete understanding of both the underlying mechanisms and broader implications of environmental change and recovery. It is my hope, that with continued study, greater knowledge and improved information, we may further advance our abilities to manage, protect and sustain our natural environments and resources.
My postdoctoral research focuses on improving our methods to model, estimate and predict changes in soil carbon (C) stocks at hillslope to watershed scales. A better understanding of how the soil C response to climate change may differ across fine-scale elevational and topographical gradients will aid  identification of specific landscape areas which are likely to be the most sensitive to climate change, which will thus allow for more proactive and targeted management strategies. Improving fine scale estimates of soil C also serves as an important test on the validity of larger regional to global scale predictions of soil C response to climate change.  I hold a B.S. in Microbiology from Idaho, M.S. in Forest Science from Colorado State, and a Ph.D.in Soil Science from Oregon State (2020). My dissertation research focused on the detrital influences on soil C stabilization in wet temperate forest soils. 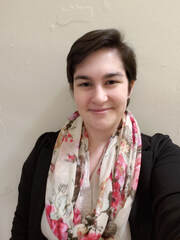 ​Jenn Souza is a new graduate student who recently completed her BS in Earth Systems from Dickinson College in 2019. She is pursuing her MS in Geology with a focus on understanding the residence time of water and carbon in the groundwater system at Reynolds Creek. 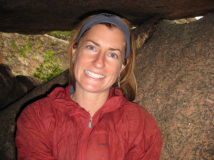 Sue Parsons was a Research Analyst/Data Manager for NSF Reynolds Creek CZO projects and a contractor for the USDA-ARS.  Her background is in ecology, geographic information systems (GIS), land use, and education.  Sue provided data management, analytical, and training services to ISU and project affiliates. She still helps support the GIS server and spatial data products from time to time.
​